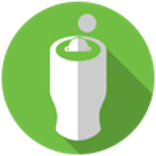 House to house collections generally take place from door to door or from one public house to another. It also covers activities such as collecting and redistributions of canned food or jumble for charity sales. Collections are usually made with collecting tins or by returning to collect a previously posted envelope.

Some larger well-known charities such as Christian Aid and Age UK are exempt from having to have to apply for a licence. Most smaller charities such as local groups and organisations need a licence in order to collect door to door.

There is no cost for the Licence but there are rules which must be followed.

Applications must be in the form set out by the Local Authority. The collector must be a fit and proper person.

One of the main reasons for refusing a licence is that the total amount likely to be used for charitable purpose as the result of the collection is too little in proportion to the amount likely to be received. For example, if the applicant intends to claim a large proportion of the money collected for expenses, the licence could be refused. There is no statutory guidance to Local Authorities as to what would be considered a reasonable amount for expenses, and each case will be considered individually.

What if you have not heard from the Council by the end of the completion date for the application?

If you have not heard by the end of the target completion date you will be able to act as if your application has been granted. You should be aware that the timescales for the applications to be considered to do not start until all the information needed has been received. The timescales will only apply for applications submitted electronically via the Point of Single Contact (PSC) or when you can show proof of delivery from the post office or recognised courier.

Can I reapply if my application fails?

If your application for a licence has failed and you would like to correct what is wrong and reapply please contact the Licensing Team at:

You have the right to appeal to the Minister for the Cabinet Office within 14 days of a refusal of a Licence.