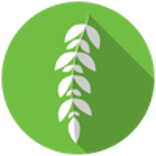 There are some particularly fine parks and open spaces that have been created over the last 400 years and these attract thousands of visitors each year.

South Bucks also has a wealth of historic gardens, many built to take advantage of the attractive countryside within easy reach of London and the Royal Court. Existing Tudor and Stuart parks and gardens such as Huntercombe, Bulstrode and Langley Park were remodelled in the Georgian period in the fashionable English landscape style.

Black Park, Burnham Beeches, Colne Valley Park, Denham Country Park and Langley Park are just some of the areas that make up the rich wealth of parks in South Bucks. Alongside these are the great estates of Stoke Park and Cliveden. There are also seven sites designated "sites of special scientific interest" within the District including Littleworth Common which is managed by the Council and Stoke Common which is owned and managed by the Corporation of London.

Not only do these areas enhance the quality of our District they are also of historical importance and include the work of many of the most important and influential figures in the history of garden design including Henry Wise, Charles Bridgeman, Lancelot "Capability Brown", Humphrey Repton, Gertrude Jekyll, Edward Lutyens, William Eden and Susan Jellicoe.

Farnham Park Playing Fields is an attractive area of 88 acres and provides the opportunity for numerous sports to be played including football, baseball and softball.