We use cookies to help us improve this website. We don't track or gather personal information. To find out more about how we use them, read our cookie page.

Have you created your customer account yet?
Creating your own My Account will provide you with a safe, quick and easy way to access your Council Services. All in a few clicks.
Read More 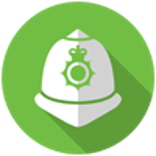 The panel is made up of one councillor from each of the 18 local authorities in the Thames Valley, as well as two independent co-opted members.

The Panel holds regular public meetings which are webcast where possible.

The panel also has a duty to: